Our mission, story and history

The mission of Hasselt Fashion Museum

Hasselt Fashion Museum is a contemporary, locally embedded museum with national and international appeal that draws a diverse audience with an interest in both historical and contemporary Western fashion. It aims to promote the understanding and relevance of fashion by sharing critical, compelling and inspirational stories in an innovative and unique context.

Hasselt Fashion Museum is the only museum in the Low Countries and the Euregion that is dedicated exclusively to fashion and clothing. In an attractive architectural setting in the heart of Hasselt, it takes visitors on a tour of the most fascinating chapters of Western fashion history.

The collection is the beating heart of the museum, which currently consists of some 18,000 garments and accessories. Together these objects tell the history of Western fashion from 1750 to today. Important couturiers such as Worth, Poiret, Lanvin, Chanel, Dior, Courrèges, Yves Saint Laurent, Versace and Comme des Garçons are represented in the collection, as well as contemporary designers with Limburg roots and international allure, such as Martin Margiela and Raf Simons. Added to the collection over the years with great passion and dedication, these pieces now form the cornerstone and inspiration behind our approach. In our biannual exhibitions, these cherished objects enter into a dialogue with meaningful loans in ever-changing and surprising contexts. Through innovative exhibitions, workshops, lectures, digital events and special collaborations, we share our love of fashion with the wider world.

In 1986, the Hasselt city council chose to promote its city as a fashion capital. This was in line with the growing shopping culture and the city's history of textile manufacturing and fashion. This history dates back to the late Middle Ages, when Hasselt enjoyed international fame as a textile city. Hasselt's woven wool was coveted at the time for its excellent quality and exquisite finish. It was sold at home and abroad, from Liège and Namur, to Antwerp and Amsterdam, to Gorinchem, Cologne, Frankfurt and Lübeck. The impact of the textile industry was massive, both on an economic and social front. In the fifteenth century, one-fifth of Hasselt's working population was employed in the textile sector. In 1536, the city had roughly 200 master weavers. This branch surpassed all others in terms of both membership and significance. Today, many places and names in Hasselt serve as reminders of the city’s textile past, such as Willekensmolenstraat, Raamstraat, Paardsdemerstraat and the Lakenhal. In the mid-fifteenth century, Hasselt's textile industry began to decline due to growing competition.

Towards the end of the nineteenth century, new developments fuelled Hasselt's gradual transformation into a trade hub. Like the rest of the world, Hasselt began looking to Paris, where the shopping culture began to explode in line with the urban consumer lifestyle that began to take hold. Around this time, the first shopping streets in Hasselt were born. Kapelstraat played a pioneering role, featuring shops like Huis Proesmans (ca. 1900), Au Louvre (ca. 1910) and Au Bon Marché (ca. 1920-1950). Trade mainly focused on cotton and linen fabrics and accessories such as hats, shoes and leather goods. Until the 1950s, Hasselt residents could choose from about a dozen master tailors for a custom suit. Many women made their own clothes (the city had several sewing and seamstress schools) or turned to seamstresses such as Marguerite Kelles (1924-2014), who created countless gowns, suits and jackets for women in the 1950s and 1960s inspired by the designs of Christian Dior and other Parisian couturiers. The tailoring tradition was continued and refined by the Helsen and Sodermans families. At the same time, the availability of ready-to-wear fashion in the 1960s sparked the emergence of various boutiques. Jeurissen, for example, carried exclusive designer fashions by such greats as Courrèges, Yves Saint-Laurent and Versace. Jeurissen even held exclusive rights to some famous brands, such as Chloé. The boutique also sold designs by up-and-coming designers, thereby carving out a unique niche within Flanders. There was virtually no competition at this level – in all of Belgium, only four boutiques offered such a range. Thanks to donations by the Jeurissen family and their clientele, several exclusive pieces ended up at Hasselt Fashion Museum. Our collection also includes several items from Moray, named after the eponymous boutique that sold brands such as Dior and Valentino in the 1950s. Hasselt's reputation as a fashion city was also dictated by businesses such as Hox and Haumont-Haumont, as well as the emergence of small, trendy boutiques in the late 1960s and early 1970s. These had a magnetic effect and increased Hasselt’s appeal among international fashion enthusiasts as well. Clients came from all over Flanders, Wallonia, the Netherlands and Germany. The foundation of a fashion museum in 1988 served to strengthen this image. It turned out to be a visionary decision and gave Hasselt the honour of hosting the only independent fashion museum in the Low Countries. 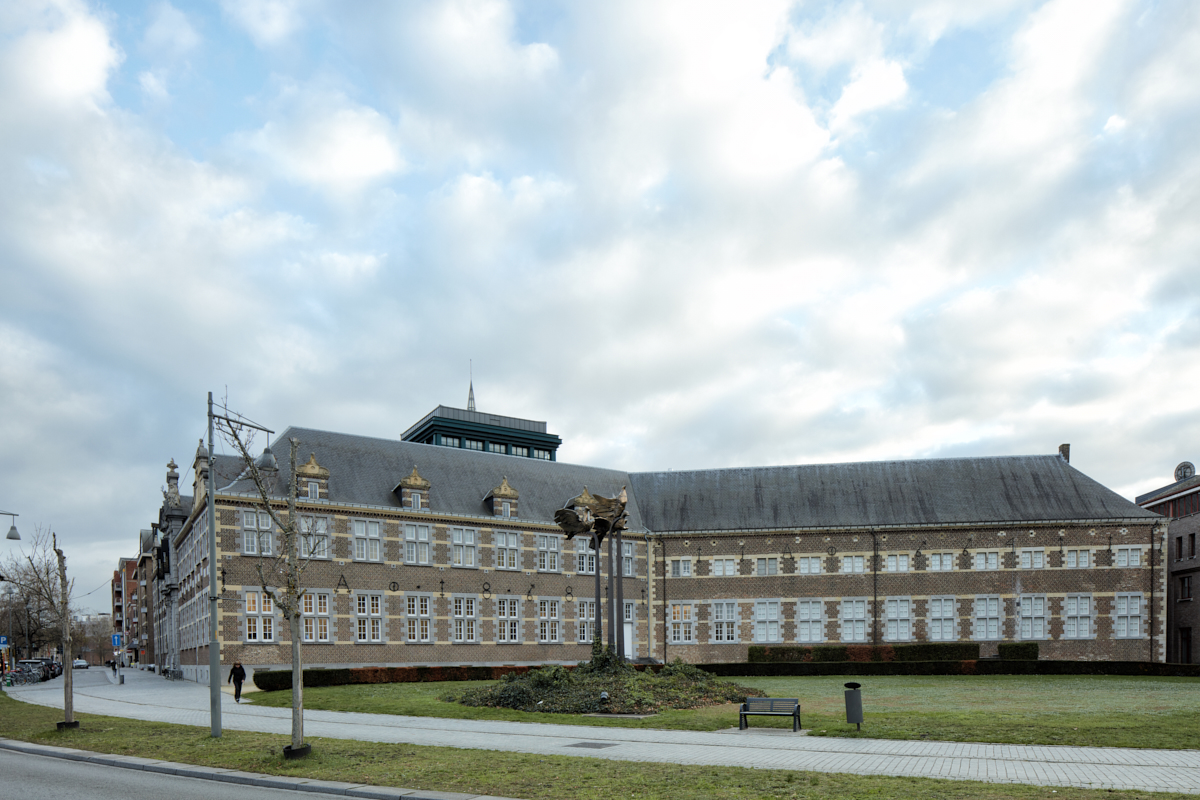 Visitors to Hasselt Fashion Museum will be treated to an architectural gem of historic significance. The seventeenth-century building, whose exact construction date has been etched into the wall anchors on the façade (‘AD 1664’), originally served as a Grauwzusters convent. It has always been a place of social significance, as reflected by the various functions it served throughout history. For three centuries, the hospital played a central role in healthcare. Under French rule, like so many churches and monasteries, it was repurposed. In 1796, the monastic community was banished and the following year the clergy were expelled. The location then served as a prison and later on as barracks. From 1805 to 1818, the old hospital wing served as a municipal hospital until the nuns took over nursing care once more. The last patients left the building in 1968 to take up residence in the newly established Virga Jesse hospital. From then on, the empty building housed the Jenevermuseum, the Stadsmuseum and the municipal culture service. When the Hasselt Fashion Museum opened its doors in 1988, the complex was converted into its current function. The museum building underwent restoration in 1993 and 1995 under the supervision of architect Luc Vanroye. Vittorio Simoni updated the interior, such as by adding a glass roof and new furniture, with respect for the historic value and the iconic elements.

Stay up to date

Subscribe to our fascinating newsletter! We have lots of interesting offers for families, teachers, and groups.
Subscribe